Rec the Vote was a campaign to increase student fee in order to turf campus fields and repair the roof of one of the older gym buildings.  The project was student run and had to work against other initiative that were athletic related but would only effect NCAA players instead of the larger student body.  We decided to make out campaign grass roots and student friendly in hopes of meeting with as many people as possible to educate them on the upcoming election.  I designed all print material for the campaign, my only instruction was to use neon colors. 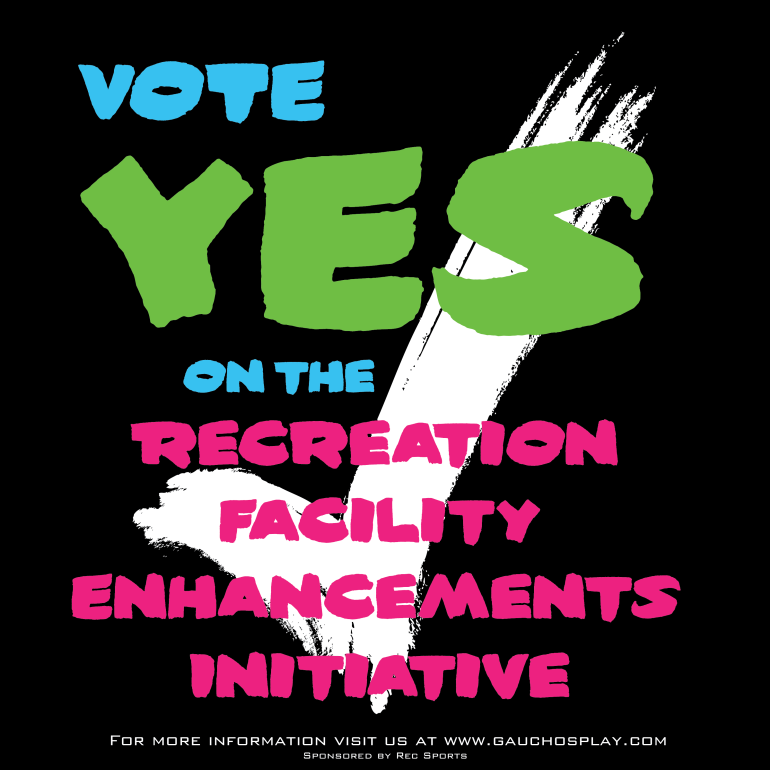 This was the main poster put around campus in varying sizes and formats.

The secondary design (most prominently used on buttons) was more general but maintained the colors and feel of the main one. 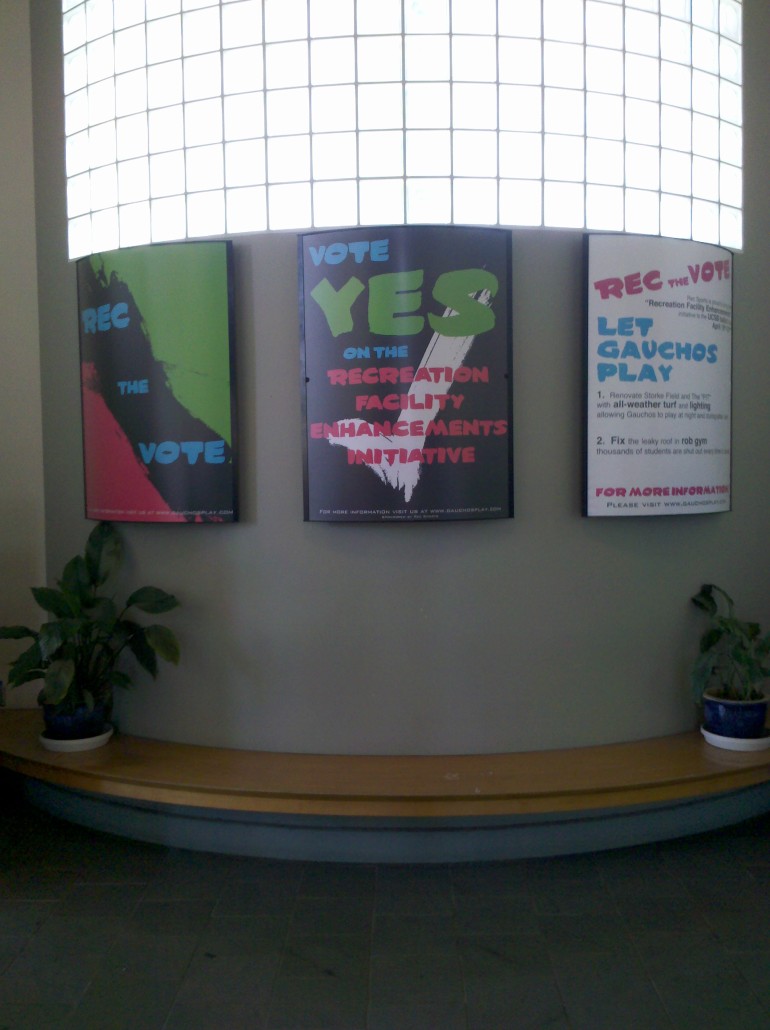